"The beautiful thing about the Class of 1985 at RCSI was that of the 160 students in first year, about a third were Irish, a third from developed countries and a third from developing countries. It was a melting pot of cultures, characters and ages, from 17-30 – an education in itself."

I began my studies at RCSI in 1979, following in my father’s footsteps. His decision to study at RCSI was a key influence on my career and also that of my son, Michael, who graduated in 2016. My nephew, Matthew and niece, Laura Hendrick, also graduated from RCSI. It is so much a part of my family.

My father was a bit of a character. Born in Winnipeg in Canada, he left home at 14, escaping an unhappy family life. He travelled on the railroad, taking various jobs such as a lumberjack, game warden, even DJ on the radio!

He then went back to school, finishing High School at night and then to university, where he received an undergraduate degree, but he really wanted to be a doctor. For some reason, never quite clear to me, at the age of 23 or 24 he began pre-med, choosing Dublin and the Royal College of Surgeons in Ireland. He had been dating my mother and they had parted ways before she moved to Montreal to take up nursing. En route to Dublin, he found himself in Montreal waiting to catch the boat and, with time to spare, he looked my mum up. It was a whirlwind: within a day or two, he proposed and they returned to Winnipeg to get married before both setting sail for Ireland. While he studied at RCSI, she took up a secretarial post in Dublin. They returned to Canada after my father graduated in 1958. My dad had great stories from his time in Dublin and his experience at RCSI certainly was a big influence on my decision to go there too.

A day in the life

Cornwall Community Hospital is about 45 minutes outside Montreal, catering to a catchment population of about 100,000. There are about 55,000 emergency visits a year and 150 hospital beds in our hospital. There’s a high demand for medical care and inadequate resources. A significant proportion of patients are on social assistance and we also serve a large number of First Nations Reserve patients (an indigenous people of Canada), who often use a mix of traditional and modern medicine.

The problems we see are those associated with alcohol and drug-related issues, COPD, heart disease and an ageing population. In our Emergency Department we have a nurse devoted to getting patients moved on and out of our facility – families are often not willing to take on the responsibility of looking after their own family members.

Instead of constantly putting out fires, we should be trying to prevent them. We need to encourage people to accept responsibility by talking to them earlier in the process: What have you planned for your aging parent, what would happen in this or that eventuality? What if there is no medical condition I can treat? If you can’t bathe or dress or feed yourself, what steps are you taking? What supports have you in place? We cannot keep admitting such people into hospital. It is breaking the system.

My career has mostly been in emergency medicine. It’s a tough thing to move away from – I am very attracted to front-line acute care medicine. I think it is suited to a specific type of personality. It is stressful and you need to make the right decisions quickly. The shift work, while gruelling at times, has an upside: its flexibility allows time to do other things. At one point I even went back to school and did an MBA because I needed to understand the financial pressures in delivery of healthcare.

I introduced a clinical information system to our hospital to improve the flow of patient information and provide checks and balances utilising an electronic health record (EHR). Our hospital was one of the first in Canada to implement a full EHR and we are now a leader across Canada. It means that throughout every life stage and every illness, there is a full record accessible to the physician - access to patients’ history, medications past and present, notes, and test results including lab and radiology. This connectivity is very important, not only to the individual’s health outcome, but also in gathering data that could be informative in the future. 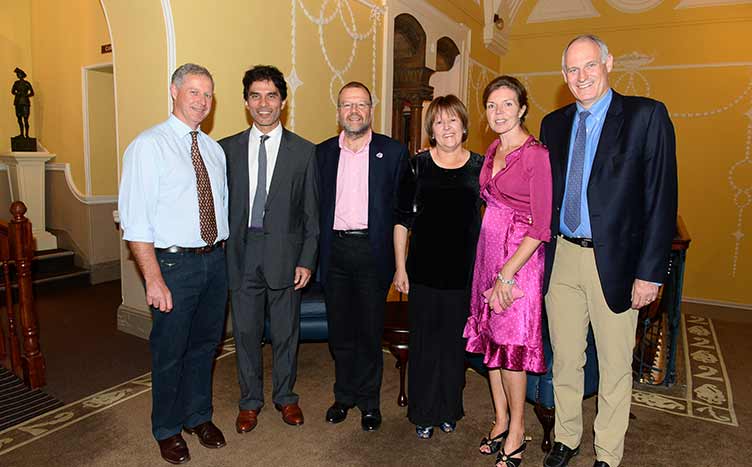 I picked up sailing later in life. In my work, there’s often pandemonium, noise and urgency. There’s something very relaxing about being on a sailboat with just the sun, wind and ocean. Bike riding on an open road or bike path gives me a similar sense of solitude. I play ice hockey three or four times a week and enjoy cross country and downhill skiing. I don’t sit around!

The beautiful thing about the Class of 1985 at RCSI was that of the 160 students in first year, about a third were Irish, a third from developed countries and a third from developing countries. It was a melting pot of cultures, characters and ages, from 17-30 – an education in itself. We are a tight-knit group thanks mostly to the leadership of Paul O’Reilly, our class representative. I believe in some ways, although we are all separated by many miles, our class is closer now than we were at RCSI. We have so many of our classmates that have achieved so much in their careers and given so much back to their patients and their community. 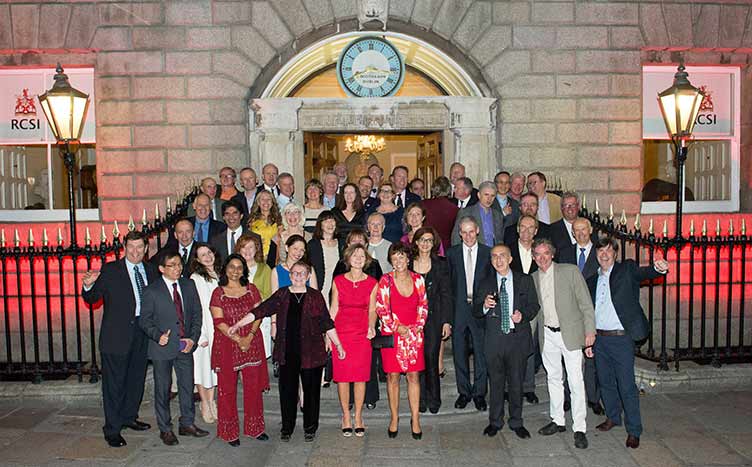