In sub-Saharan Africa 95% of the population has no access to safe surgical services.

Comprising three African and three European institutions, the project was led by RCSI’s Professor Ruairi Brugha and Dr Jakub Gajewski. Having been awarded €6 million in funding by the European Commission's Horizon 2020 Programme in 2017, it became the biggest implementation research project worldwide that focused on improving surgical care at the district level. 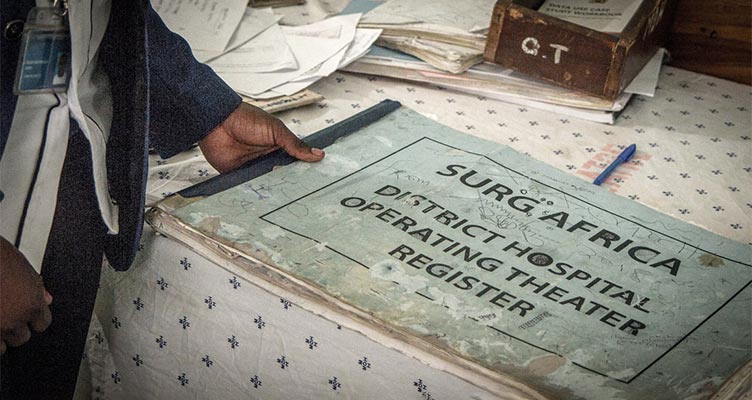 SURG-Africa has made a significant contribution to advancing RCSI's reputation in the global surgery field. It was the first global surgery initiative of its scale that used participatory methods, involving end users in co-designing the intervention. Bespoke surgical in-service training has been provided by local specialist supervisors to 67 hospitals in Malawi, Zambia and Tanzania. Over 350 surgical, anaesthesia and nursing providers have benefited from the training, serving a population of approximately 18 million people.

By involving ministries of health at all stages, the project has been aligned with and helped to shape national surgical plans. The intervention is sustainable, affordable and scalable, with supervision continuing beyond the life of the project using local resources.

The team has published 34 scientific papers to date (with more to come), presented at over 40 conferences, and been invited as speakers at universities and national events across Europe and Africa. The project has also established extensive professional relationships with academics, researchers, public health experts and surgical practitioners in Africa and internationally. In doing so, the project adhered to the principles of equity and inclusion – 41% of the researchers were female, 41% were early career and 52% of researchers were from the Global South.

Through its achievements, SURG-Africa has become an internationally recognised, RCSI-led initiative, demonstrating how implementation research can support the scale up of safe surgery for neglected populations in rural Africa.

Upon completion of the project, the Tanzanian Ministry of Health sent a letter expressing their sincere appreciation for SURG-Africa.