in the Desmond Auditorium

Take the tour of 26 York Street

Michael R. Bloomberg founded a financial data start-up in 1981 and built it into a global business. In 2001, he was elected mayor of New York City and served for three terms before returning to lead his company. Since leaving City Hall, he has resumed leadership of Bloomberg. His foundation focuses on public health, education, the environment, government innovation, and the arts.

In 2014, Bloomberg was appointed to be the UN Secretary-General’s Special Envoy for Cities and Climate Change, and in 2016, he was appointed WHO Global Ambassador for Noncommunicable Diseases.

Bloomberg is co-author, with Carl Pope, of Climate of Hope. 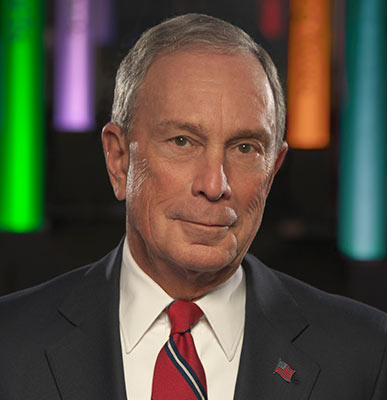 Founded in 1784 to train surgeons, RCSI is Ireland’s only specialist health sciences higher education institution. Offering undergraduate degree programmes in Medicine, Pharmacy and Physiotherapy to students from 60 countries, RCSI has a global footprint.

Read about the official opening of this state-of-the-art building.

Leading the World to Better Health