Class of 2004, School of Nursing & Midwifery 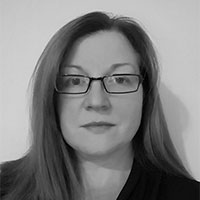 Carol Hilliard, RCSI School of Nursing & Midwifery, BSc 2004, MSc 2006, is an Assistant Director of Nursing in Children’s Health Ireland (CHI) at Crumlin. She is a Registered Children’s Nurse and Registered General Nurse with over twenty years’ experience in acute paediatric healthcare. Within her role, Carol has responsibility for more than 400 national and international undergraduate and postgraduate nursing students who attend clinical placements in Crumlin annually. She also contributes to the planning and development of nursing education and research across the Children’s Hospital Group.

In addition to membership of several local and national committees, Carol is a member of the hospital’s ethics committee, and is the nominated Director on the Board of the National Children’s Research Centre. Internationally, from 2015-2018 Carol was the Country Agent for Ireland and a co-author of several reports for the MOCHA: Models of Child Health Appraised project, a €6.8 million EU Horizon 2020 study.

Throughout her career, an abiding belief in the importance of giving voice to children and families has influenced Carol’s practice and her research interests, including children with complex healthcare needs and paediatric wound care. She has received several awards and published a number of papers in these areas. Currently, Carol is undertaking a Doctorate of Governance. The focus of her doctoral studies is on ‘Moral Action in Paediatric Healthcare’ as she seeks to understand the decision-making and actions of paediatric nurses and doctors in response to moral conflicts in their professional practice.

Carol has a strong and respected profile of authentic leadership in children’s healthcare. She has demonstrated a commitment to leading on, and also empowering staff at all levels to engage in and deliver on, practice developments and research projects which improve the outcomes and experiences of children and their families.