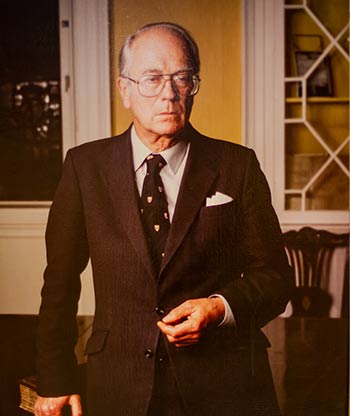 Mr Eoin O’Malley graduated from NUI with first place, first class honours and a gold medal. He trained as a general surgeon, including orthopaedics. He made the decision that the chest and particularly cardiac surgery was the most important area for his generation. He practiced in the Mater Hospital (1952-1985) where he built up the team and expertise for open-heart operations. He lived a life of huge service to his hospital and Irish surgery and is honoured today through the ‘Prof Eoin O’Malley National Centre for Cardiothoracic Surgery’. He was a member of many local and national healthcare committees, and was on call for advice for the Department of Health (1970-1990).