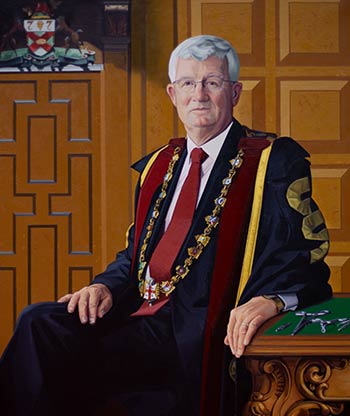 Professor Patrick James Broe graduated from UCD (1974) and trained as a general surgeon in Dublin, Johns Hopkins Hospital (Baltimore) and Guy’s Hospital (London). On his return to Ireland he completed Irish Higher Surgical Training Programme in 1985 and was subsequently appointed Senior lecturer in the Department of Surgery in RCSI. In 1987 he was appointed Consultant Surgeon to the Richmond Hospital which later that year transferred to Beaumont Hospital. He was appointed Honorary Clinical Professor of Surgery in 2010 and he retired from the hospital in 2015. He practiced as a General and Upper Gastrointestinal Surgeon in Beaumont Hospital from 1987 to 2015.

As a result of  his time at the Johns Hopkins Hospital in Baltimore he took over the administration of the Beaumont/Johns Hopkins Residency Exchange Programme which had been started in 1977 by Prof. Bill McGowan and continued by Prof. Boucher-Hayes. During his time as supervisor from 1987-2008, 42 American residents worked as Registrars on his service.

In 2015 following retirement from clinical surgery he was Clinical  Director  of  the  RCSI  Hospitals  Group. In that post he continued a medical leadership role with important emphasis on quality and safety and reconfiguration of surgical services. In September 2015 he joined the Board of the Bon Secours Hospital System.