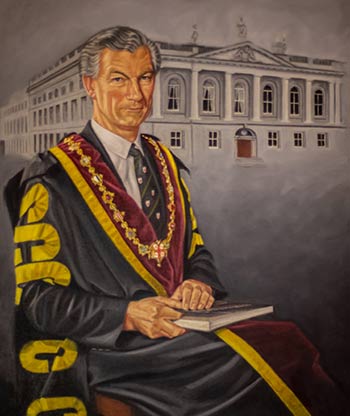 Mr William P Hederman graduated from UCD’s medical school (1951) and later obtained his FRCSI (1957). He carried out postgraduate appointments as house surgeon in the Mater Hospital and Prince of Wales Hospital, Tottenham. Went on to become a senior surgical resident with Prof. Henry Swan and  Prof. Ben Eisman in Colorado University Hospital. He returned to practice at the Mater Hospital and St Ann’s Hospital (1957-1992) and was a key player in developing the vascular unit in the Mater Hospital with Eoin O’Malley.