Completing your degree and running a marathon have a lot in common – you train hard for a long time and then all your hard work comes down to a few hours. Once it’s complete, you get an overwhelming sense of euphoria and achievement. It’s no surprise then that over 150 RCSI students have taken part in the Boston Marathon since 1999. The oldest marathon and one of the best-known running events in the world, the Boston Marathon is legendary among professional and amateur athletes alike.

So why does RCSI have such a close affinity to this road race? It all comes down to Dr John V. Coyle, who graduated from RCSI as part of the class of 1962. Although he’s now based stateside, Dr Coyle has kept close ties with the College and was the recipient of the 2002 Distinguished Graduate Award.He’s also a member of the Boston Athletic Association, the non-profit group that organises the prestigious marathon every year.

As part of his role, Dr Coyle invites 10 Undergraduate RCSI students to Boston every year to take part in the marathon.

As part of the trip the students also get a chance to experience the best that Boston has to offer; previous groups have been introduced to the Mayor of Boston and watched the Red Sox play in Fenway Park. This really is an unforgettable experience from start to finish.

So how do you become a part of this trip during your time at RCSI? To be considered for the journey, you first have to prove your commitment by running the Dublin Marathon, which takes places annually in October. 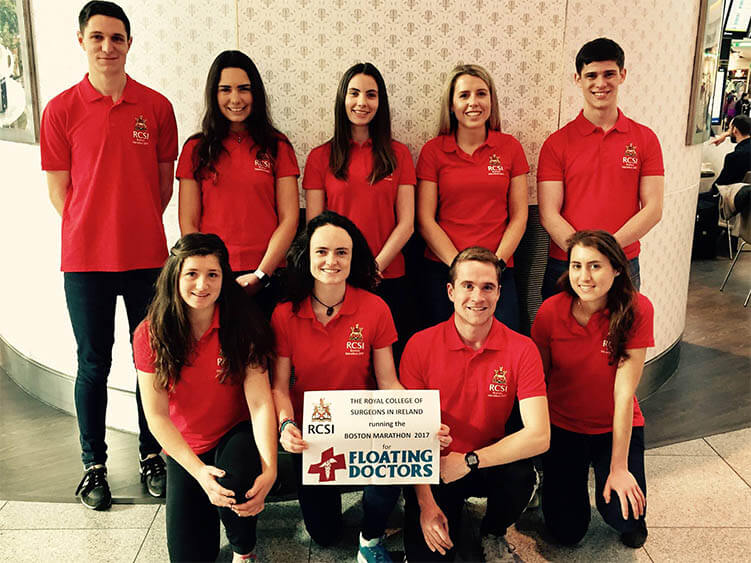